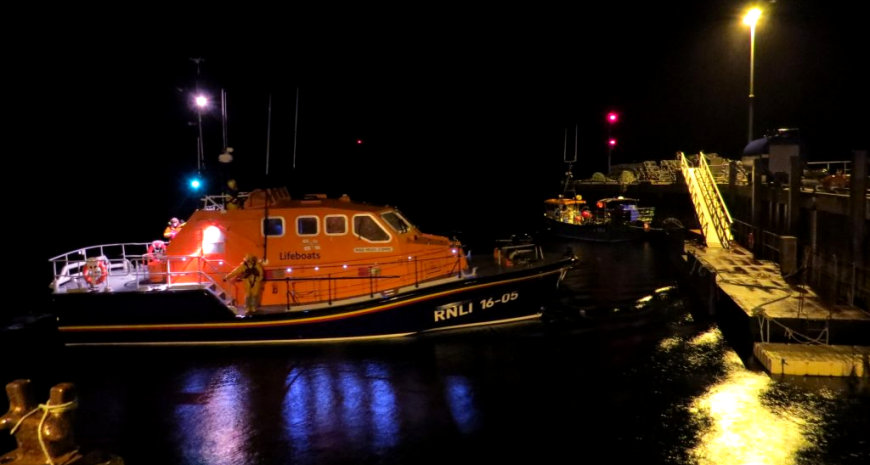 Longhope Lifeboat was called out last night after a local dive boat suffered from engine problems in the Pentland Firth.

The lifeboat was requested to launch by the Coastguard just after 7pm. The Stromness based Karin, a 23m long dive vessel with three crew on board, suffered engine failure in the Pentland Firth and was drifting east of Stroma.

A nearby fishing boat, the Vest Viking, altered course and was standing by. The lifeboat arrived on scene around 19.45pm and established a tow.
According to Longhope RNLI sea conditions were moderate as they made their way back towards Orkney.

During the tow the crew of the Karin managed to restart the engine and proceed independently. The tow was released and the lifeboat escorted the boat back to the more sheltered waters of Scapa Flow.

Deputy Coxswain Angus Budge said: ‘We were very pleased to be able to assist a local boat. It all went smoothly and we are proud to have Callum Heddle, one of our newest volunteer crew members, aboard on his first shout.” 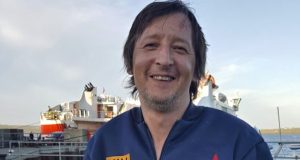 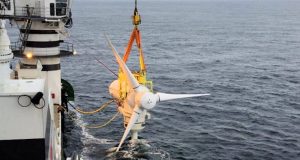